The Los Angeles Rams and SoFi Stadium are going to have a few new things in the 2021-22 NFL season — new quarterback Matthew Stafford, for one. Also new: Fans in the stands and tailgating!

SoFi Stadium opened in 2020 when the Rams played in front of empty stands due to the COVID pandemic. Now that the Rams are planning for full-capacity crowds, this season game-day party makers will create first-year game-day traditions for tailgating at SoFi Stadium. That’s exciting!

Here’s our guide on the Rams tailgating service at SoFi Stadium. 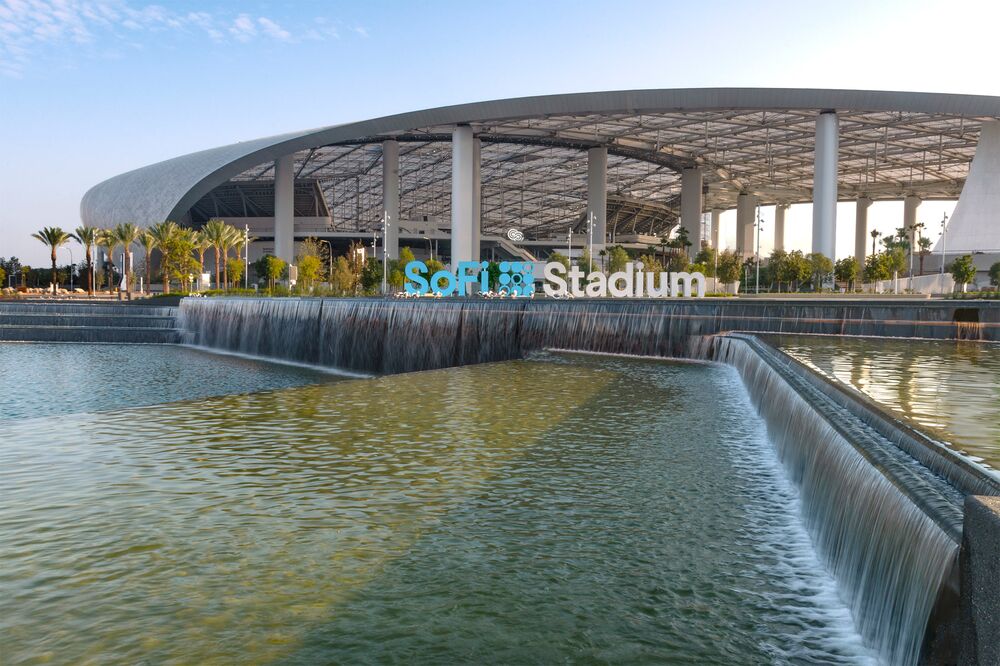 Here are the teams the Rams are facing at home in 2021-22. Games are on Sundays, except where noted.

Big Games:  Every team in the NFC West has a reasonable shot at the division title this season, so the Rams’ matchups against Arizona, Seattle, and San Francisco will all be important games. The reigning Super Bowl Champions, the Tampa Bay Buccaneers, visit in Week 2.

The Rams’ online ticket office has season tickets, single-game tickets, group tickets, and suites available if you’ve got the cash. It’s a good idea to get your tickets as soon as you can if you want seats close to the field.

Los Angeles is one of the busiest travel cities in the world. Here’s how to get there, along with some hotel recommendations near the stadium. 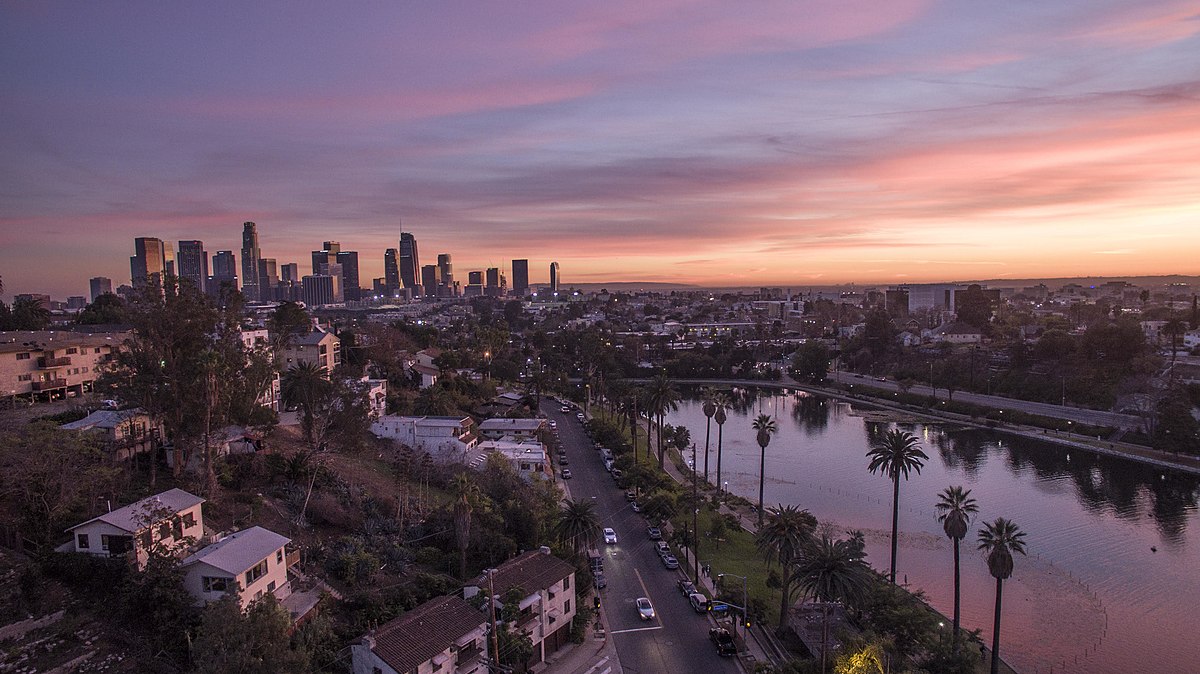 Driving: L.A. is served by multiple interstates, U.S. Routes, and California State Routes. I-5 and I-10 are most often used by distant travelers. The interstates that run closest to Inglewood, where SoFi Stadium is, are the 105, 110, and the 405.

Air Travel: Los Angeles International Airport (LAX) is right next to Inglewood. It takes direct flights from cities all over the world. Bob Hope Airport (BUR) in Burbank is also a valid choice, especially if you’re coming from another West Coast city.

Rail: Union Station in downtown LA is a central hub that’s about 9 miles from Inglewood, serving 5 Amtrak routes from all over the country.

Nearby Hotels and Accommodations

Most of the lodgings nearest SoFi Stadium are fairly cheap, including Geneva Motel, Rodeway Inn & Suites, Holly Crest Hotel, Super 8, Royal Century Hotel, and Cloud 9 Inn. These are good options for budget travelers who don’t need the full amenities of a big hotel — but if you need those, you’ll find plenty of options by LAX, which is very close by.

If you’re hosting your own tailgate at SoFi Stadium, we strongly recommend a residential-area reservation through Airbnb. Check to see if it has room for your tailgating equipment!

Getting to SoFi Stadium

Automobiles still rule L.A., so driving and carpooling are still the main ways to get around town, including the stadium. But there are plenty of ways to get to Rams games on public transit. The stadium recommends using the Metro trip planner for bus and park-and-ride passengers.

How to Tailgate at SoFi Stadium

Tailgating at SoFi Stadium is sure to be an adventure this year for one big reason:  It’s never happened before. The Rams have issued some information about tailgating, but we won’t know everything about parking, hotspots, and traditions until a few games into the season. Here’s what we do know.

There are limited parking spots on SoFi Stadium grounds, and they’re all sold to Season Ticket members on an annual basis. If you haven’t already gotten a yearly parking pass, you’ll have to wait for future years. Here’s the Rams’ parking map.

Beyond SoFi, there are some private parking lots that presumably charge hourly rates — here’s a Google Map with parking lots highlighted (ignore the “SoFi Stadium Parking” ones — they’re already sold out). We don’t know which ones will offer game-day parking or what their tailgating policies will be, but we’ll stay on top of it during the season.

Nearby parking is available at the Locust Street Garage. Please go to www.iparkandgo.com to book. Park Whiz also offers parking near SoFi stadium.

Stadium RV and limo parking will be allowed at Lot P — but again, it’s sold out for 2021. If you use a privately-run lot, check with the operators first to verify they can handle oversize vehicles.

Where to Tailgate at SoFi Stadium

We’ll know more about the hot tailgating spots near SoFi as the season develops, but here’s what we know now.

The Rams have said the only on-site tailgating at SoFi Stadium will happen in the Pink Zone Lots (I, J, P, and Q). They’re on the south side of the stadium right by Hollywood Park Casino. Just looking at the parking map, it looks like tailgaters will have plenty of room.

As for off-site options, Tailgater Concierge will have spots for tailgating near the corner of Manchester and Prairie, just steps away from the Forum arena.

Tailgater Concierge is excited to help you make the most of tailgating at SoFi Stadium. We offer tailgate equipment rental, supplies, and advice on the best game-day practices.

We’ll be opening these lots four hours before game time. We can’t wait to see what tailgating traditions our guests start this year!

Contact us to find out more about our tailgating service at SoFi Stadium at [email protected]!

The Rams have a rather extensive list of tailgating rules and policies, including:

Check out their rules page to see them all.

Tailgater Concierge will be providing two options for fans traveling out to Ram’s games in 2021:

If you don’t want to deal with all the hassles of tailgating, you always have the option of using Tailgater Concierge’s tailgate service. We have reserved space a short walk from SoFi and we handle all the set-up, take-down and clean-up of your tailgate equipment. We also help coordinate all your catering, beverage, bartending, transportation, etc. needs! It’s a great option for fans who don’t own tailgating equipment, who are traveling in from far away, for large groups and corporate events!

Check out our packages for Rams games here: https://tailgaterconcierge.com/la-rams/

Come experience a traditional tailgate, with the high energy of many fans from both teams at the Tailgater Concierge LA Rams VIP Tailgate Party!

• All you can eat premium Mexican favorites cooked onsite

• All you can drink Margarita, Beer and Wine bar

Location within a short walking distance to SoFi stadium.

Parking is NOT included. Nearby parking is available at the Locust Street Garage. Please go to www.iparkandgo.com to book. Park Whiz also offers parking near SoFi stadium.

For tickets – check out Tailgater Concierge on Eventbrite, here.

If you have any questions, please feel free to email our team at [email protected]

Nearby Drinks, Food, and Attractions

Here are tips on off-site food and drink establishments, plus tips on the best tourist attractions in L.A.

The two game-day bars closest to SoFi are Lavender Blue and the Century Bar & Grill in the Hollywood Park Casino. If you don’t mind hoofing it a little, you can go to Flights, Champ City, or The GS Bar. You’ll have endless options for game day bars if you go closer to Los Angeles proper.

Here are Google Maps’ recommendations for bars and sports bars closest to Inglewood.

As of right now, the restaurant scene surrounding SoFi Stadium is fairly limited. This will change when the new Hollywood Park complex opens (reportedly 2022). Today there’s a cluster of fast-food and casual dining places on Century Blvd. southwest of the field. (One is an In-N-Out Burger, which we reflexively recommend.

Restaurants either in Inglewood or close enough to recommend include:

Check out TripAdvisor’s recommendations for restaurants near Inglewood.

Just walking down Sunset Strip, the Santa Monica Pier, or Venice Beach is entertainment enough for most L.A. visitors. But here are some tourist destinations that out-of-towners might want to check out:

Check out TripAdvisor’s list of attractions in the Los Angeles area.

Rams fans have a once-in-a-generation opportunity in 2021: The chance to create a culture of tailgating at SoFi Stadium from scratch. It’s going to be a blast.

For the latest on everything tailgating (+tailgate package promo codes), subscribe to our newsletter, here!

Ready for the Ultimate Tailgating Experience?